Find The Best Selling Products Online For Your Shopify Store!

Welcome back to another video. It's been a while but I'm back like a bad habit, so I'm gonna get straight into this, and get straight into this video. Now, this is a cool little trick to help you find the hot products on Facebook, because most of you know that if you want to find products that are gonna sell, the fastest shortcut or the fastest hack to do this, is to find products that are already selling.

Most of us are going to be advertising on Facebook, so the most logical thing would be to find hot products on Facebook, and try and replicate the success of those products. And I wanna show you quickly how to do that. This will only take you a few seconds, not even a minute to do, to start finding products.

But before we do that, guys, follow me on Instagram at frankchil. I'm gonna start doing lots of giveaways on there. I trying to connect more with you guys. We'll do some Q & A on there, ask me anythings, that sort of stuff starting pretty soon. Now, I've been sick for a while, but we're back, and we're gonna get back into action.

Let's check this out. First of all, you're gonna need Facebook, obviously, for this. You're gonna need a few codes. I have the key words stock, get yours, and the google code. You can put in more if you want, but this is what you do, guys. It's really simple. Copy these codes into here. This says, "get yours and goo.gl." Which is the Google short code. Now, I'm gonna go search.

Now a lot of people do this stuff, but I'm gonna show you a cool trick. Okay. Check this stuff out. First of all, I'm gonna go to 2018. We want stuff that's relevant, the stuff that's quite new. You don't wanna be looking at stuff from 2017. Although, if you go back to 2017, you might find products that were really, really good, and you could maybe try and sell them. Maybe they got a bit saturated. Maybe they can be sold again.

I'm gonna go down, guys, and what I'm gonna do is click on a few of these ... Let's see if that works. Okay, so I'm gonna right click on a few of these ads. Okay? And we're gonna find ones with lots of comments. That's what we want to do. Oh, 800 comments. Let's keep going. There's lots of stuff, guys. That one as well. Crazy skull seems to be doing quite well, whatever that is. Unicorn. Let's find some stuff real quick. I've got this one.

Okay, so I've highlighted some products that have a lot of comments, and this one here had over ... it's got over 730000 views. This is what you do, guys. What you wanna do is you want to copy the https, basically the google short code, okay? And you want to go into a browser, and you want to put it in there. By the way, I'll leave the link for my Instagram below. Then at the end, guys, you want to put in dot info. Okay? Dot info. I'm bringing up all the information for that Google link. This is really cool stuff. A lot of people don't know this. It tells me that most of the traffic's coming from Facebook, and a little bit from some mobile Facebook, I think. facebook. Yep, 93% is coming from mobile Facebook. We still have ... February 1st, it stopped, I think it stopped tracking, maybe, or maybe it updates at another time.

Anyway, you get all of this information. It's had 367000 clicks. Do you think they would have made a lot of money? Hell, yes. They would have made a lot of money. Even if I kept 1% or 2% rate, that's a lot of money. And then you can right click, and you can have a look at the images, the way they set up the page, videos that they've used, sizing, literally the product, which you'll be able to find on AliExpress. You can find anything on LA Express. You can even buy cars on LA Express. Obviously, don't copy this stuff, but you see what they're doing. Right?

That's the woman's Spanx thing, disappearing thing. Let's have a look at another one, guys. This crazy skulls one. Let's take this, put it into here, and we'll go dot info. 2235 clicks. They might have made a lot of money. It seems to only update monthly. That ones probably still going. Now, this is interesting, guys. They had 17% of their traffic from Instagram. They had most of it from mobile Facebook as well.

That's that one. Lets have a look at a couple of more. I'm just giving you examples. It will be up to you to go out and find trending products and hot products. Because the thing is, guys, if you have hot products, you know their selling, you've cut out most of the homework. You've just gotta work on getting those sales at your end. 2800 clicks. It's still going, though. They're still selling this product. It updates monthly. Once again, all Facebook. That's these glasses here.

Oh, this one here, the new one we just did. 6000 clicks. What this is telling me, guys. This is what I do before I start. I only sell products that are selling. I only sell products that are selling now because it just works. I think these guys might be using our theme. I don't actually know. This is not the best looking page here, actually. They've kind of messed it up. This isn't our theme. Our thought is the same. They've stopped. Thus far it's the same price thing. It's not that great, but this is making the money.

We'll do one more just for shits and giggles. Dot info. 1300 clicks. They had quite a bit of traffic from Facebook. Guys, what you want to do, is you want to go into Facebook, and you want to simply put in stock in quotes and then get yours and google dot gl. Or you can put things in like sale, get 50% off, or you can actually put in niche key words as well. Sorry, I just had to pause that video. I have a bit of a sore throat at the moment from my cold. I could go and fishing in brackets. This should bring up ... okay. I know what's happened here. Sometimes you need to do a fresh screen. Bear with me. Bear with me right here real quick. Yeah. Now, I've done it, and it's brought up all the fishing stuff. Fishing, fishing, fishing, stock. Lets see if there's any more. Should be some more, and it's all loading. Right? You can do specific niches.

Guys, this is a really good trick to go out there. You can put hunting in there, cars, kitchen utensils, maybe. But, this is a really good way to quickly go and cross reference things like ... it's all good to go onto LA Express and find what's working. That's cool. But, it's even better to go on Facebook and do this trick like okay this has 200 clicks in September, and you just go and get the google code, and then you go and just put it at the end dot info, and it will tell you how many clicks they've got.

Basically, if the ad has a lot of comments and stuff, and it's running or whatever, and it has lots of clicks, it's probably getting sales, because they wouldn't just let it run and waste money. Right? No point. Absolutely no point in doing that.

Now if you go back to say ... if you look in 2017 for example, you find some products that have thousands of views and thousands of comments and thousands of shares and stopped and then stopped running. You can still try that product. It might work for you know. Maybe it worked heaps back then then burned up. Maybe it will work great now. Or, you can go 2018, which we're a couple of months in, and you can just see what's working now. Try and replicate it and that's it.

Okay, guys. That's it for this video. Really, really simple. You can literally find stuff within a few minutes, and just go and find products that are working. That's it for this video. Remember to follow me on Instagram at Frankchil. Just at Frankchil, Instagram frankchil. I'll leave the link below. And I'll see you guys in the next video. If you have any questions or any requests, leave them below. I am gonna start getting more active on here now. I'm not sick anymore. I'm back. I'm going to be doing two or three videos a week. Alright. I'll see you guys in the next video. 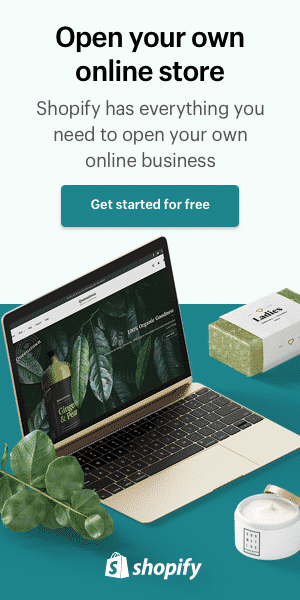